May 2017 – While hanging out in the Los Alamos, New Mexico, area with our RV and visiting the cool pueblo cliff dwellings at Bandelier National Monument, we made a day trip to visit Valles Caldera National Preserve. 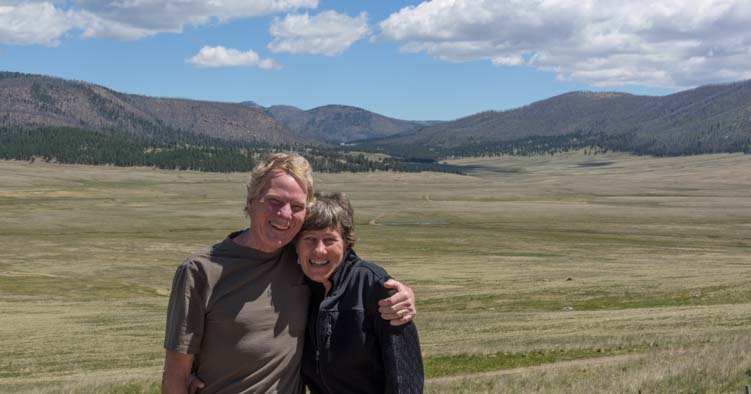 The “Valles Caldera Overlook” – Great spot for a selfie, and the only view til now!

This is a brand new National Preserve managed by the National Park System.

The land was originally a huge ranch that was privately owned under a Spanish Land Grant, that is, a gift of land from Spain to a Spanish citizen as part their effort to colonize and control their territory, New Spain, in the 1700’s before America began its westward expansion. 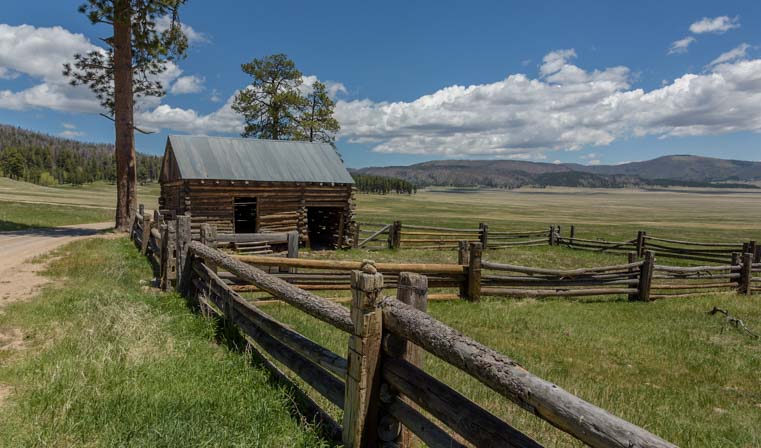 The Valles Caldera ranch was so big there was a settlement of homes and buildings
for the ranchers and their employees.

Valles Caldera is a 13.7 mile wide volcanic caldera – a crater formed when a volcano collapses into itself.

It is a beautiful tract of land that has wide meadows, plentiful wildlife, and thick forests on the surrounding hills. A cluster of houses that the ranchers and their employees used up until the property was sold now stand vacant.

This would have been an amazing place to live! 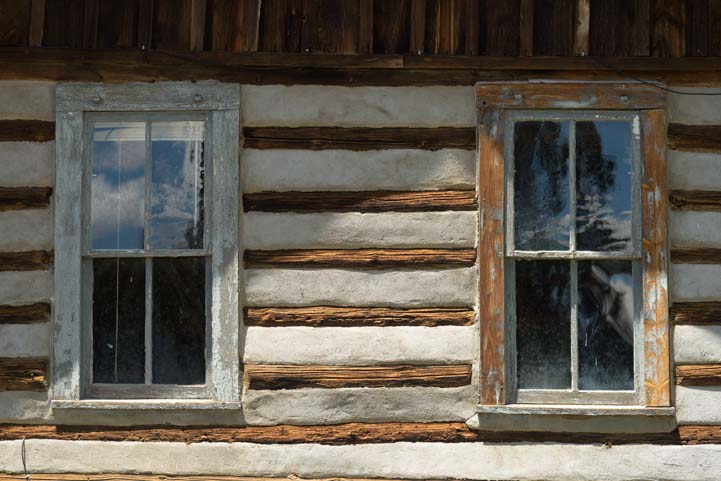 The land was hotly contested in court for many years because multiple groups wanted portions of the land, including the local Indian tribe, the Jemez Pueblo.

There are dozens of websites describing the issues that were at stake and the roles played by the members of government, tribal leaders and lawyers who made the legal cases for each side.

As we wandered the roads on this huge ranch, we found some unusual things like this skull!

I haven’t chased them all down, but the folks in the Visitors Center were thrilled the National Park Service had finally become the manager of this land. It had been under the control of the US Forest Service for a dozen or so years prior to the NPS taking over.

Because the NPS has a much bigger budget than the USFS, the hope was that the land will be developed for public use — and prepared for the inevitable throngs of visitors — in a thoughtful way. Debates are ongoing now about the number, size and placement of campgrounds, issuance of hunting permits and wild stock grazing permits, creation of hiking trails, etc.

In the past, quite a few movies were made on this land, and we came across the remains of a movie set.

The land was leased out to the movie industry in the past. This is all that is left of an old set.

Wandering around Valles Caldera and returning to Bandelier National Monument, we saw quite a few flowers. 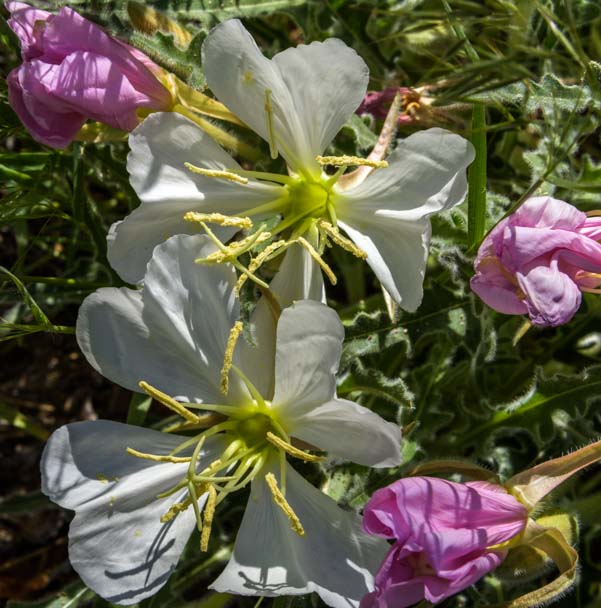 One of our favorite wildflowers is the Milk Thistle. We didn’t know what it was called and had nicknamed it the “fireworks flower” because of its wonderful shape, but a friend recently told us its real name and said in some places it’s considered a noxious weed!

Valles Caldera is quite high in the mountains of New Mexico, and we woke up one morning in our spot in the woods to find that spring had fled and old man winter had returned with a whollop!

What??? Snow in late may? Maybe Spring hasn’t totally sprung just yet!

The flowers that had warmed their petals in the sun the day before were now covered with snow crystals!

The wildflowers had been basking in sunshine the day before! 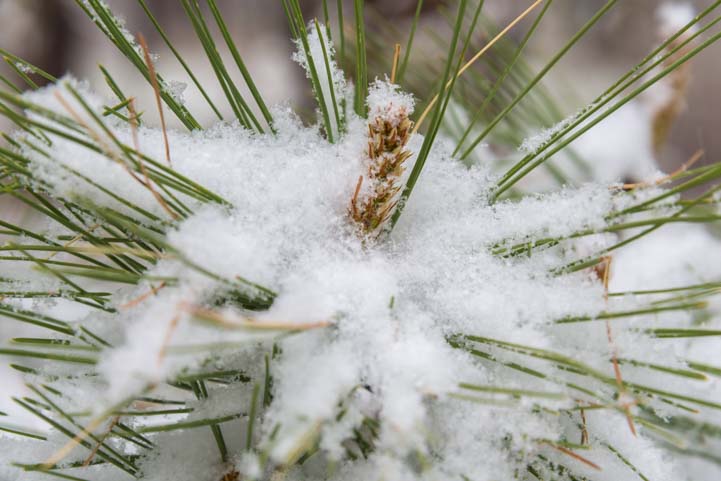 As we wandered around taking photos, suddenly the snow began to fall again — thickly!

We had such a blast running around getting photos of this beautiful storm.

What a hoot it was to go from spring back to winter in just 24 hours!

We had blizzard conditions for about an hour, and the snow kept piling up. 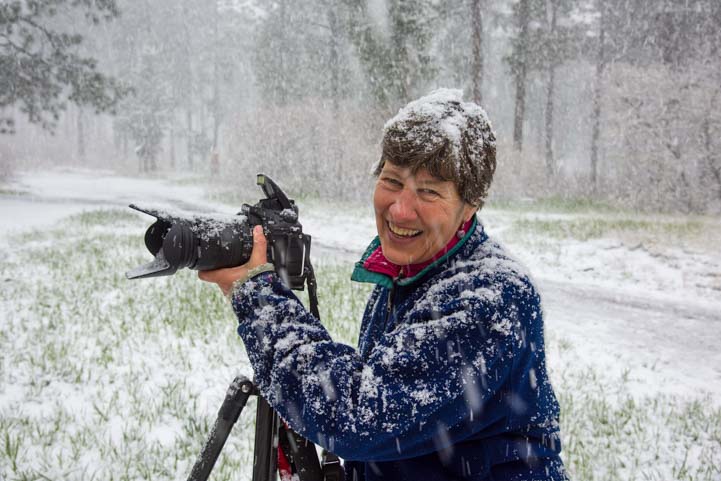 The white stuff is sticking!!

Up on the roof of our trailer, the solar panels were completely covered.

Mark cleared the solar panels off so we could get at least a little charge for the batteries from the ambient light.

The snow piled up quite deep.

He built a snowman while he was up there too! 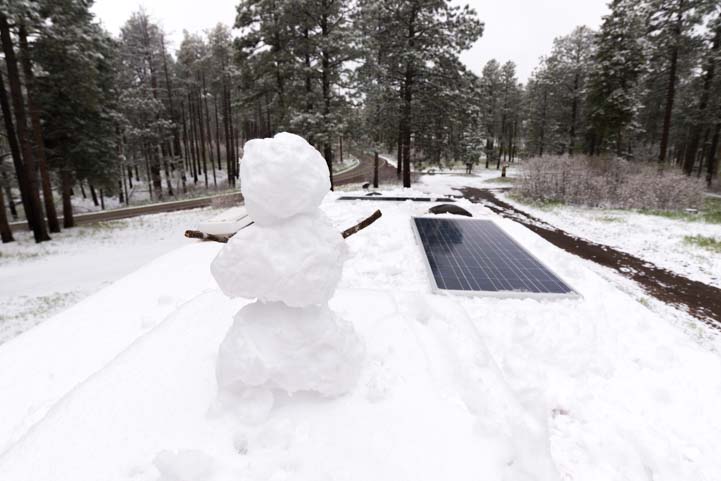 After clearing off the panels Mark built a snowman on the roof of our trailer!

New Mexico is home to the mysterious city of Roswell where space aliens have taken up residence since a strange UFO crashed nearby back in 1947.

The aliens even have their own craft beer — Alien Ale — a yummy brew we always enjoy when we visit New Mexico. What better way to chill it down than to stand it in the snow on our truck!

What a great way to ice down an Alien Ale!

Inside our rig the shower became the “wet locker” for our dripping jackets after we came in to warm up. 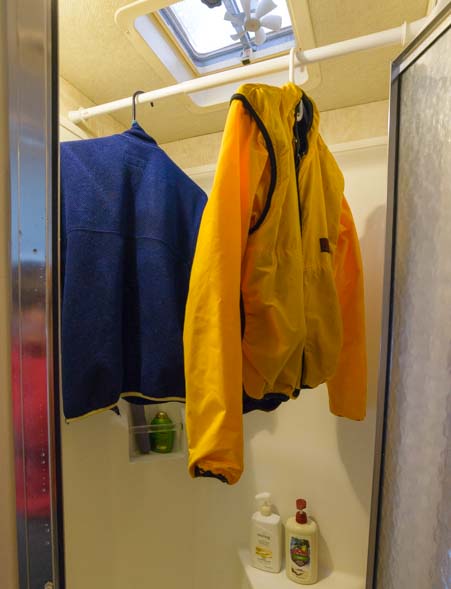 Our jackets dripped in the shower. Our boots dried out by the door!

We didn’t run our furnace or blue flame heater overnight, so even though it was 75 degrees inside when we went to bed, when we woke up the next morning it was 38 degrees downstairs in our living room. Brrrr!!

Sometimes it seems that we get our seasons mixed up in this traveling lifestyle, going to tropical places where it’s 90 degrees in January and then playing in the snow in late May. But that’s part of the fun of it too. We never know what to expect!

It was a little brisk inside our rig the next morning, but our heater warmed it up in no time.

This spring blizzard was a wonderful little interlude, but all the snow was gone by the end of the next day, and temps climbed steadily as we headed down from the mountains and into the valleys of south eastern Colorado!

Other blog posts from New Mexico:

RVing in Winter and RV trips where we got surprise snow and hail storms: